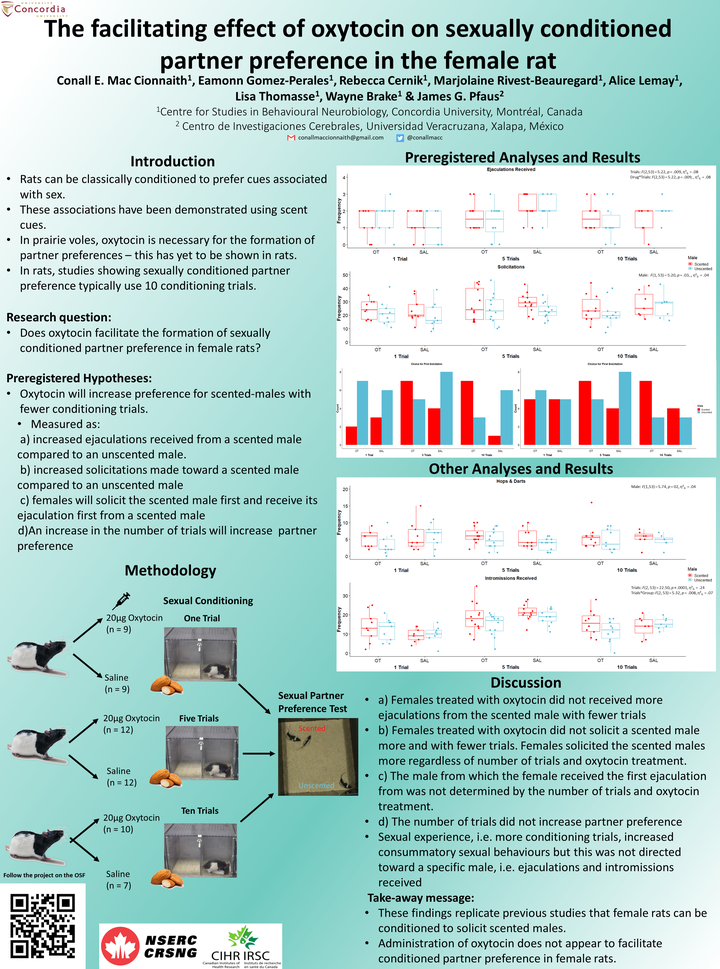 Methods: Hormonally-primed ovariectomised Long-Evans female rats (N=72) will be given either one, five, or ten sexual conditioning trials with an almond scented male prior to an open-field partner preference test. Females will be injected intraperitoneally with either 20µg of oxytocin or saline one minute before conditioning trials (n=12). In the partner preference test, an almond scented and an unscented male will be tethered to opposite corners of the open field, allowing the female to copulate preferentially with either male. Partner preference tests will be recorded and then scored by a blinded observer for 1) solicitations made toward the scented and unscented males, 2) ejaculations received by the female from each male, and 3) the female’s choice for first solicitation and ejaculation.

Approach for statistical analysis: Each behaviour will be analysed with a 3x2x2 three-way mixed ANOVA. We hypothesise a three-way interaction between drug treatment, number of conditioning trials, and the type of male (scented vs unscented). Specifically, females given one and five conditioning trials with oxytocin will solicit and receive more ejaculations from the scented male compared to the unscented male, and this effect will not be present in the saline treated groups. At ten trials we expect no differences in solicitations made toward and ejaculations received from the scented male between the oxytocin and saline treated females. The choice for first ejaculation and solicitation will be analysed using χ2 tests. Sample size was calculated to achieve 90% power with a medium effect size. 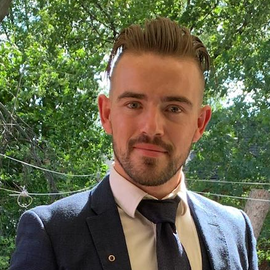